On Thursday 15 October at 7.30pm Margate Bookie will host Samantha Ellis, author of How to be a Heroine, in conversation with Emily Midorikawa.

Emily Midorikawa is the author of A Secret Sisterhood: The hidden friendships of Austen, Brontё, Eliot, and Woolf (co-written with Emma Claire Sweeney). Emily’s writing has appeared in the likes of the Paris Review, The Times and the Washington Post. She is a winner of the Lucy Cavendish Fiction Prize, and teaches at New York University London.

We asked her a bit more…

Why did you decide to write A Secret Sisterhood: The literary friendships of Jane Austen, Charlotte Brontë, George Eliot, and Virginia Woolf?

I wrote A Secret Sisterhood with my good friend Emma Claire Sweeney. We have been supporting each other’s literary efforts since well before either of us had published anything, and so we’ve long known how important it can be to have a trusted person with whom to discuss ideas, to share early drafts, and to be at your side through the good times and the bad. This got us wondering about some of our literary heroines of the past. Did they have similar friendships, and if so why had we not heard about them?

What was it about these women that appealed to you?

Concentrating on Austen, Brontë, Eliot, Woolf and their friends allowed us to focus on four giants of British literature, and to cover a period that stretched from the early nineteenth to the early twentieth century. This also allowed us to explore some of the ways in which ideas about women, and women’s friendships in particular, changed over this historical period.

The book is described as focusing on ‘hidden friendships.’ Were they really hidden, and if so, why was this the case?

Each of these friendships can be regarded as hidden, although they were all ‘hidden’ in different ways. Biographies of Jane Austen sometimes touch on her friendship with Anne Sharp, a governess for the Austen family, but few make any mention of Sharp’s work as an amateur playwright. And people rarely talk about the ways in which Sharp supported Austen’s developing career. A comparison can be made between Sharp and Austen’s relationship and the friendship between Charlotte Brontë and Mary Taylor, author of the early feminist novel Miss Miles. Thanks to the justly important focus on Brontë’s literary bond with her sisters Anne and Emily, there’s been a tendency to overlook Taylor’s crucial role in encouraging her friend to earn her living by her pen. The case of George Eliot’s friend Harriet Beecher Stowe, the author of Uncle Tom’s Cabin, is somewhat different. Both were towering figures of nineteenth century literature, but perhaps the gulf between their posthumous reputations – with Eliot’s work remaining lauded and Stowe’s often regarded as overly sentimental – has led to a devaluing of this creative alliance. The relationship between Modernists Katherine Mansfield and Virginia Woolf, on the other hand, does get remembered – but for all the wrong reasons. Theirs was certainly a turbulent friendship, and one fired by literary rivalry and much as tender affection, but there has been far too much focus on the insults the two traded, which has mistakenly created the impression that these women were nothing more than bitter foes.

Male literary friendships have been championed and celebrated (Wordsworth and Coleridge, Dickens and Collins, Byron and Shelley). Were women writers considered particularly challenging for the limelight?

There was – and still is – a tendency to devalue the work of female writers, and a tendency to underplay the importance of the mutually beneficial friendships literary women enjoyed with each other. It appears that it can be easier to imagine our most celebrated female writers emerged in isolation rather than acknowledging that they were part of a network of intelligent, creative women. And whereas instances of robust disagreement are often part of the mythology of the great male writing friendships, similar moments of disagreement – as in the case of Mansfield and Woolf – have frequently led to the complete writing off of such relationships. As a society, it seems we still struggle to apply similar standards to the lives and works of male and female authors.

What’s your favourite fact or story you learned whilst writing it?

There were so many moments of delight as a researcher that it’s hard to pick just one: from first encountering the lively prose of Harriet Beecher Stowe’s unpublished letters, sent from her Florida home set among orange groves, to reading of Mary Taylor’s surprisingly forthright verdict on the newly published Jane Eyre, to coming across a poignant diary extract that made plain the extent of Virginia Woolf’s feelings of loss after the death of Katherine Mansfield. However, the most rewarding single moment may have been when we discovered some centuries-old papers hidden in secret pockets of the journals of Jane Austen’s young niece, which revealed new information about the relationship between Anne Sharp and the Austen family.

You collaborated with Emma Claire Sweeney. What was it like writing together? A sisterhood in itself, right?

Absolutely! There were moments of disagreement over points of argument and word choice, but also an ever-present sense of collaboration. By the stage when we were working on the final drafts, it sometimes felt to me as if we were the only inhabitants of a creative world of two. That might sound very intense, but now that I am working on a solo project – a book about Victorian spirit mediums, which comes out in North America next year – I can find myself missing that feeling of being so completely involved in a joint project.

Remember, remember the 5th of November... as Margate Bookie are joined by William Shaw and Sophia Tobin! Cosy up and hear from exciting crime writers in this thrilling and chilling chat. 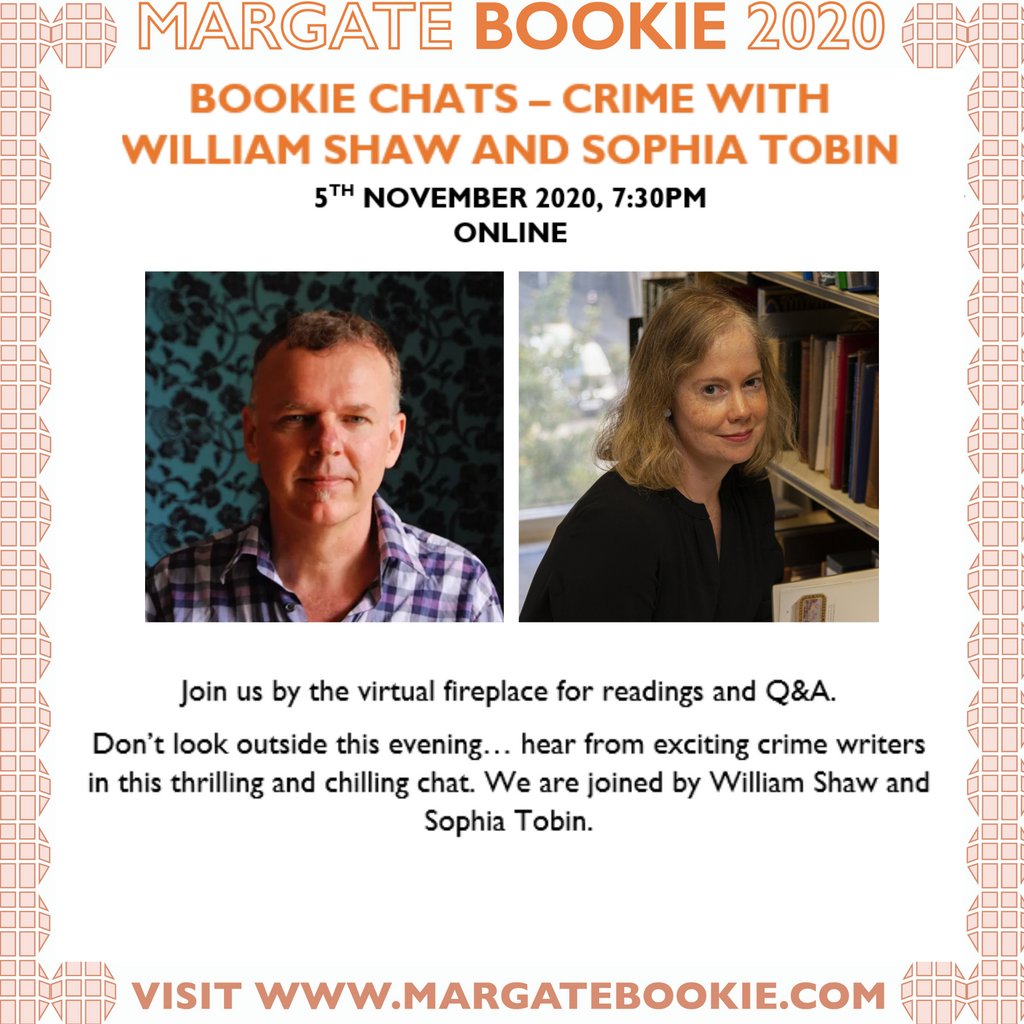 Ooooh @CuirtFestival is looking for a Programme Manager to support the delivery of their 2021 festival on a full-time basis. If you love literature and the nuts and bolts of making a festival run smoothly, they'd love to hear from you! https://t.co/mai55cjjpZ
View on Twitter